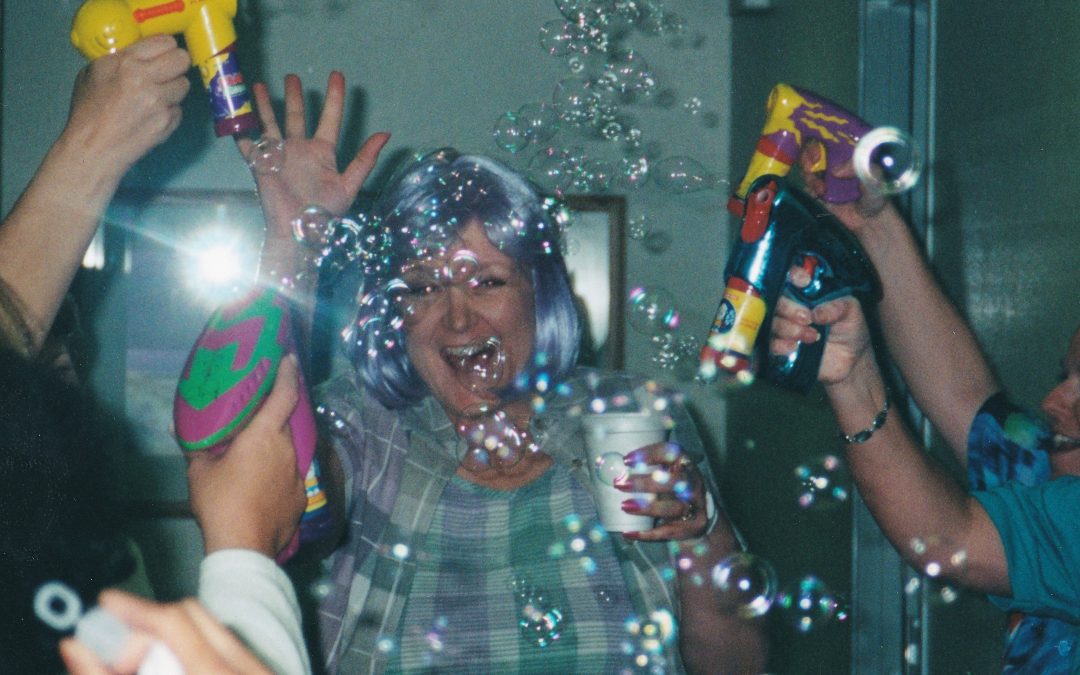 Fifteen years ago I heard the words no one ever wants to hear.

Even though I hadn’t reached the recommended age for mammograms they were an annual ritual for me.  Five years earlier I’d had a biopsy on a lump in my breast.  It was benign but the doctor recommended I have follow-up mammograms each year.

This time the mammogram showed questionable results.  My doctor reassured me that the statistics were very much in my favor and it was unlikely that I had cancer.  Let’s just say that I beat the odds many times over the next six months.  One mastectomy, two biopsy procedures, three surgeries, and four rounds of chemo later I celebrated my last chemo treatment.  Words can’t express the relief and joy I felt as the amazing team of people who worked at the Oncology Center showered me with bubbles as I hurried down the hallway to ring the bell to announce that I was cancer free.

It was a moment I’ll never forget.  And a season which would change the trajectory of my life.

I was one of the fortunate ones.  I never feared for my life.  Because I’d had annual mammograms, the cancer was discovered at an early stage.  There was every reason to be optimistic.  But something had changed.

I didn’t have an “aha” moment or an earth-shattering revelation.  It was more of a realization of the importance of making the most of your days.  Of treasuring the little things and celebrating the beauty of life.

At the time of my diagnosis, I worked for a successful company.  I’d been blessed with a glass-walled corner office overlooking the atrium.  My title was one which many people aspired to.  I worked long, hard hours trying to get everything done with excellence.  All great qualities, but the expectations I placed on myself weighed heavily on me.  I lived with a huge amount of stress and it impacted every area of my life.

I’m not a doctor and certainly don’t understand the intricacies of cancer.  But what I believe in my heart-of-hearts is that stress was a key factor in the development of my breast cancer.  And it was a key factor in a life-changing decision two years later when, at the age of 42, I chose to leave a very well-paid position when the company offered voluntary severance.  Many people thought I was crazy.

My boss’s boss, an Executive Vice President, came to my office (that almost never happened) when he learned I’d applied for voluntary severance.  He was kind yet direct.  He asked why I would choose to leave when there was so much opportunity in my future.  I was honored, yet humbled by his words.  But it didn’t change anything.  For me, the answer was simple.

There was BC – Before Cancer

and there was AC – After Cancer

Before Cancer I chose to drift along riding the currents of life as they took me.  But it wasn’t the life I was meant to live.

After Cancer I knew there was more.  I chose to set the direction for my life and not just go with the flow.  Even if it meant giving up things I’d rather hold on to.  I knew it would be worth it.  And it has been.